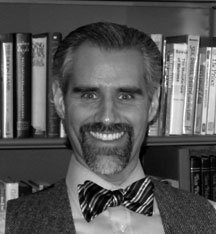 First student among students, as one of my philosophical heroes John Dewey might say, my purpose in teaching the Global Works and Society Sequence is always the same: to arrange texts around a central question and then learn from one another as we try and answer that question. Important in this pursuit is that everyone learns that opinions, in and of themselves, have no necessary value, that they gain value only when brought into comparison and contrast with other opinions. A lesson gained by actually opening ourselves up to just such interchange. Much emphasis is given to critical thinking but also to keeping the atmosphere friendly, as it is important that we argue without being argumentative and that we feel safe while doing so. This is particularly so when we venture into areas of my particular interest like moral and political philosophy where ideas, attitudes and opinions on such questions as the legitimacy of political power, the importance of freedom to a life well lived, and the nature of knowledge run deep.