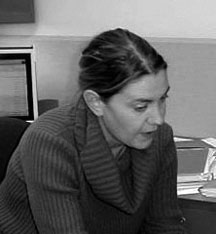 Dr. Tobin received her Ph.D. in Literary and Cultural Studies from the University of Pittsburgh. Her work has appeared on NPR, Public Radio International, and Studio 360. She has been published by Routledge, The Nation, Genders Journal, and is currently working on a book project regarding the New York political scene in the early 20th century. Dr. Tobin also directs the Liberal Studies Global Lecture Series program.