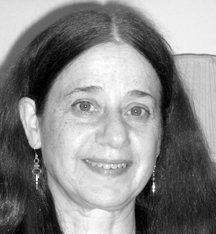 When, as a graduate student, I taught my first class (Desire and Deceit in Renaissance Fiction), I knew that I would continue to teach. I soon found my academic home in what is now NYU Liberal Studies, a program whose approach to interdisciplinary education was in many respects in accord with my own. In my roles as academic coordinator (1987- 1995) and instructor, I have sought to bring to students an appreciation of the arts and an understanding of the ways various academic disciplines and modalities of thought complement one another. My formal doctoral training is in late medieval and Renaissance literature, and I have continued to work in that field, but my real joy is found the classroom, in a commitment to experiencing along with my students how all the arts are interconnected and how they embody discrete imaginative processes and ways of knowing the world. When we interrogate various art forms, we are always communicating with other minds and cultures, and we are also talking to one another about deep convictions, questions, and aspirations. Thus, the work we do fosters communication, tolerance, and intellectual and emotional growth, and I seek to underscore this so that students will see in their studies of sometimes seemingly distant cultures an immediacy about which they can become excited and with which they can engage. With this in mind, I have dedicated much of my thirty-two years in LS to developing pedagogical resources for the program as well as for my own classes.

“Chaucer Kowthe in Sondry Londes,” in Standing in the Shadow of the Master, ed. Kathleen Bishop (Cambridge Scholars Press, 2010)

“Reading the Language of Love: Boccaccio's Filostrato as Intermediary between the Commedia and Chaucer's Troilus and Criseyde,” in Desiring Discourse: The Literature of Love, Ovid Through Chaucer, ed. Cynthia Gravlee and James Paxon (Susquehanna UP, 1998).

“‘Bitwixen Game and Ernest': Troilus and Criseyde as a Post-Boccaccian Response to the Commedia,” in Philological Quarterly (Summer 1992)

“Inheritance and Revision: Reinterpretations of a Father's Bequest,” in Mediaevalia 14 (1991 for 1988)

"Rhetorical Strategies in The Owl and the Nightingale," in Philological Quarterly 63 (Fall 1984)