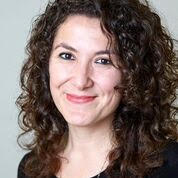 Pınar is a political theorist whose research focuses on political Islam, martyrdom and resistance. Her work intertwines political theory with anthropological approaches. Her research has appeared in International Journal of Middle East Studies, Contested Spaces in Contemporary Turkey, and The Oxford Handbook of the History of Terrorism. She is currently completing a book manuscript, which tells the story of Muslim conscientious objectors and anti-war activists in Turkey, whose critique brings critical interpretations of Islamic jihad and martyrdom together with postcolonial thinking and global traditions of civil disobedience.

Before joining NYU, Pınar held postdoctoral positions at Brown University, the University of South Florida and Washington and Lee University.