In recognition of LS NYUWomXn100 and Asian and Pacific Islander Heritage month, this two-part event interrogates how creative and academic engagements grapple with transgenerational trauma in families. The event leads with a panel that narrows in and expands on several themes from the play ONCE UPON A (korean) TIME, followed by a digital play reading and Q&A.

Watch Digital Play Reading Recording available Friday, April 23 - Monday, April 26
In this digital play reading the violence of fairy tales collide with the violence of the times as magical calabashes, singing goblins, sea dragons, and hungry tigers collide with soldiers fighting the Occupation, Comfort Women fighting to survive, immigrants and hyphenated Americans in the Korean War and wars to come. 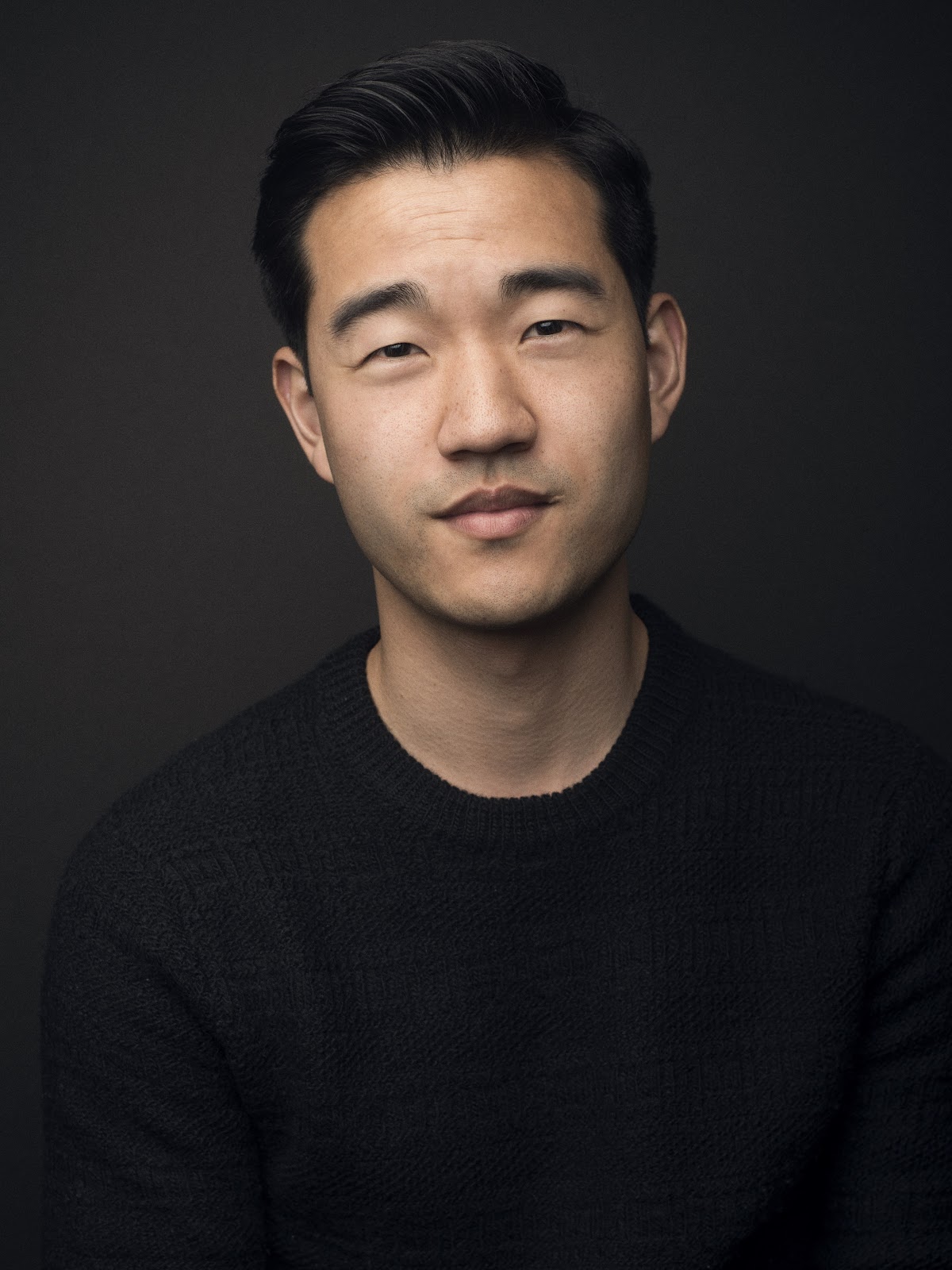 Daniel K. Isaac is a queer Korean American actor and writer based in New York City. His other plays include THE HOPE PROJECT, QUIET LOVE (commissioned by Ma-Yi, co-written with John McGinty), FULLERTON (2020 O’Neill Finalist), [untitled gay sex and conversion therapy play] (commissioned by Ma-Yi with generous support from the NEA), and OR OR OR &&& (available as a podcast recording on The Parsnip Ship). TV: "According To My Mother" (in development with FX & Searchlight Pictures). Daniel’s work has been championed by Ma-Yi Theater, Barrington Stage, NYTW, SPACE on Ryder Farm, Page73’s Interstate73, Ensemble Studio Theatre’s Youngblood, Queens Theatre, The Tank, TheatreC, Leviathan Lab, and Lambda Literary.

Director: Ralph B. Peña is a founder and the current Artistic Director of Ma-Yi Theater Company. Directing credits: “The Wong Kids,” "Microcrisis,” “Among The Dead,” "The Chinese Lady,” “Felix Starro,” and the soon to be released short film “Vancouver.” His work has been seen at The Public Theater, Long Wharf Theater, Laguna Playhouse, Victory Gardens, LaMama ETC, The Children’s Theater Company, Vineyard Theater, among others.

Moderator: Karen Shimakawa is an Associate Professor of Performance Studies, a Co-Associate Dean of Faculty in the Tisch School of the Arts, and an Affiliated Faculty at the NYU School of Law.  She is the author of National Abjection: the Asian American Body Onstage (Duke UP). Her research and teaching focus on critical race theory and performance.

ONCE UPON A (korean) TIME by Daniel K. Isaac
PRESENTED AND PRODUCED BY MA-YI STUDIOS
Directed by Ralph B. Peña

A reading of Daniel K. Isaac’s play ONCE UPON A (korean) TIME was recorded at Ma-Yi Studios in February 2021 and available for viewing Friday, April 23 - Monday, April 26

Daniel K. Isaac is a queer Korean American actor and writer based in New York City. His other plays include THE HOPE PROJECT, QUIET LOVE (commissioned by Ma-Yi, co-written with John McGinty), FULLERTON (2020 O’Neill Finalist), [untitled gay sex and conversion therapy play] (commissioned by Ma-Yi with generous support from the NEA), and OR OR OR &&& (available as a podcast recording on The Parsnip Ship). TV: "According To My Mother" (in development with FX & Searchlight Pictures). Daniel’s work has been championed by Ma-Yi Theater, Barrington Stage, NYTW, SPACE on Ryder Farm, Page73’s Interstate73, Ensemble Studio Theatre’s Youngblood, Queens Theatre, The Tank, TheatreC, Leviathan Lab, and Lambda Literary. Training: UCSD, BADA. www.DanielKIsaac.com

Diana Oh (they/she/punk goddex) is a multi-genre artist: creator of performance, installations, concerts, rituals, and parties, director of their own work, performer, actor, singer, songwriter, musician, a feeder of the soul, and an open channel to the art that feels good to their body. As a Refinery29 Top LGBTQ Influencer and the First Queer Korean-American interviewed on Korean Broadcast Radio, Oh is the Creator of The Infinite Love Party (an intentional, barefoot, potluck dinner, dance party, and sleepover for QTPOC and their Allies) which the New York Times calls “the joyous freedom to be yourself, whatever pronouns you use;” {my lingerie play} with touring national installations and concert staged in an effort to provide a safer, more courageous world for women, queer, trans, and non-binary humans to live in; CLAIRVOYANCE (an installation and concert series in Harvard Yard, the Boston Public Library, Institute of Contemporary Art, Harvard Arboretum and A.R.T.); 24 Hour Punk, Asian People Are Not Magicians (mic.com); and My H8 Letter to the Gr8 American Theatre (developed in 2017-2019 with The Public's EWG). TV/FILM: Queering, How to Be Single, NY is Dead (Tribeca Film Fest), Hey Yun (feat. on Janet Mock), Unicornland. Fellowships: Helen Merrill Award, Art Equity Grant recipient, TOW Fellow (Rattlestick Playwrights Theatre), Van Lier Fellow in Acting (Asian American Arts Alliance), Venturous Capital Fellow, Sundance Institute Fellow, member of Ma-Yi Writers Group, writer/performer with The Public Theater’s Mobile Unit and previous member of EWG, Williamstown Theatre Festival Artist-in-Residence. Oh tours with their art in unexpected spaces and enjoys not fitting into boxes. www.dianaoh.co

Jeena Yi is a proud Korean American born and raised in Los Angeles and currently based in New York City.  Her favorite korean folktale is “The Man with the Lump” because it's about being kind and above all, DON'T BE A GREEDY ASSHOLE. For more professional information, visit www.jeenayi.com

Made possible by the generous support of The National Endowment for the Arts, The Howard Gilman Foundation, The Doris Duke Charitable Foundation, and New York University.

Inspired by the themes of the play ONCE UPON A (korean) TIME by Daniel K. Isaac, the panelists engage in a conversation of how family, war (and its many definitions), and transgenerational trauma interact in different spaces within the larger Asian and Pacific Islander context.

Ashley Ahmad is a 2020 NYU graduate from Global Liberal Studies with a concentration in Politics, Rights and Development. Throughout her undergraduate career, she studied and researched international human rights, law and global politics. Her specialty areas included human rights crises and genocides, such as the Rohingya Refugee Crisis and the Bangladesh Genocide. Her senior thesis focused on the erasure, memory manipulation, and politics of the Bangladesh Genocide. Currently, Ashley is an Operations Associate at a research startup and is interested in pursuing law school.

Joyce Apsel is a Clinical Professor at NYU Liberal Studies and President of the Institute for the Study of Genocide. She teaches on human rights, humanitarianism and has directed or been second reader on GLS senior theses related to today’s subject, such as co-panelist GLS graduate Ashley Ahmed’s thesis on Mass Rape in Bangladesh; and on themes of Partition, Diaspora, Nationalism, War, and the Politics of Memory. Publications include Introducing Peace Museums, nominated for the 2017 Dayton Literary Peace Prize in non-fiction; co-editor of Museums and Sites of Persuasion: Politics, Memory and Human Rights, and  Genocide Matters: Ongoing Issues and Challenges.

Grace M. Cho is the author of Tastes Like War (Feminist Press, 2021) and Haunting the Korean Diaspora: Shame, Secrecy and the Forgotten War (University of Minnesota Press, 2008), which received a 2010 book award from the American Sociological Association. Her writings have appeared in journals such as the New Inquiry, Poem Memoir Story, Contexts, Gastronomica, WSQ, Qualitative Inquiry, and Women and Performance. She is associate professor of sociology and anthropology at the College of Staten Island, CUNY.

Linda Luu is a PhD student in American Studies in the Department of Social and Cultural Analysis at NYU. Linda’s research looks at the shifting relationships between U.S. psychology, militarism, and liberal humanism in the period of the Cold War, focusing on how ideas regarding Asian/American psyches figured into U.S. empire-building. Linda received their BA in Sociology from Hunter College.

Lara Sheehi (she/her) is an Assistant Professor of Clinical Psychology at the George Washington University Professional Psychology program. She works on decolonial struggles as well as power, race, class and gender constructs and dynamics within Psychoanalysis. Lara is the Secretary of the Society for Psychoanalysis and Psychoanalytic Society and is the chair of the Teachers Academy of the American Psychoanalytic Association. She is co-editor of Studies in Gender and Sexuality and Counterspace in Psychoanalysis, Culture and Society. Lara is on the advisory board to the USA-Palestine Mental Health Network and Psychoanalysis for Pride, and a member of the Taskforce for Indigenous Psychology. Lara is co-author with Stephen Sheehi of the forthcoming book Psychoanalysis Under Occupation: Practice Resistance in Palestine (Routledge, September 2021).

Moderator: Dr. Chandani Patel is Director for Global Diversity Education within the Office of Global Inclusion at NYU. Chandani focuses particularly on creating inclusive teaching and learning environments and is committed to advancing a more equitable higher education landscape. She also serves as the co-chair for the South Asian American Digital Archive (SAADA)'s Academic Council. Chandani holds a Ph.D. in Comparative Literature, with a particular focus on South Asian and African literatures, from the University of Chicago as well as a B.A. in Comparative Literature and an M.A. in Humanities and Social Thought from NYU. 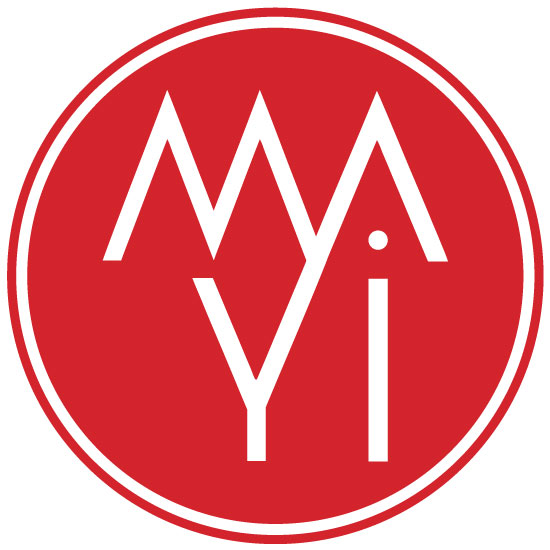