On an ordinary day at work, Paola starts to feel she is missing out on something exciting in her life. 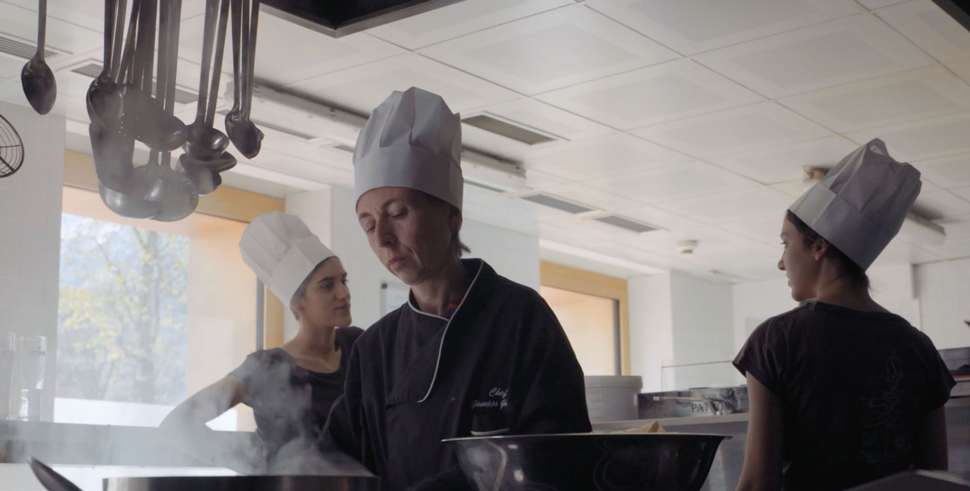 Zhannat is a writer/director from Kazakhstan. She has directed short films that have played in various international festivals, including Cannes, Locarno, Sundance etc. Her debut feature project Mother Tongue was selected for Asian Project Market 2019 (Busan IFF), where it won the ArteKino International Award. She is a London Film School and Berlinale Talents alumna.

"Are We Talking About Sex Here?," a response by recent Global Liberal Studies graduate, Samantha Peterson.

Paola Makes A Wish resonated with me for two reasons in particular: one being my love of gossip, and two being my impulse to talk about things I’m not supposed to talk about in places I’m not supposed to talk about them. The film feels like a conversation you’re not allowed to be listening to, and that was really intriguing to me. As human beings, I think we all have an innate curiosity about sex, and despite our own experiences of sexuality, we’re generally pretty interested to know what it’s like for other people. That being said, sex is still undeniably taboo. Even in the most sex-positive environments, talking about sex can be awkward, nerve-wracking, and crude. It can also be humorous, exciting, and enlightening. I wanted to embody elements of a wide range of emotions in my response and began thinking about these illicit sex-related conversations in the context of my own life as well as in the lives of other women I know. Consequently, the idea for this comic series was born.

Illustration is my chosen medium in most instances, but I chose to utilize this comic style specifically because it allowed me to visually communicate many of the feelings wrapped up in these conversations without having to say much at all. It was important for me to represent different experiences of sexuality, which is why women of all ages and of all sexual orientations appear in the comics. I think there’s something really lovely about being able to see yourself in the details of someone else’s work; I certainly had that experience when watching Paola Makes A Wish, and I hope that I’m able to create that same experience for someone else as they view my comics. 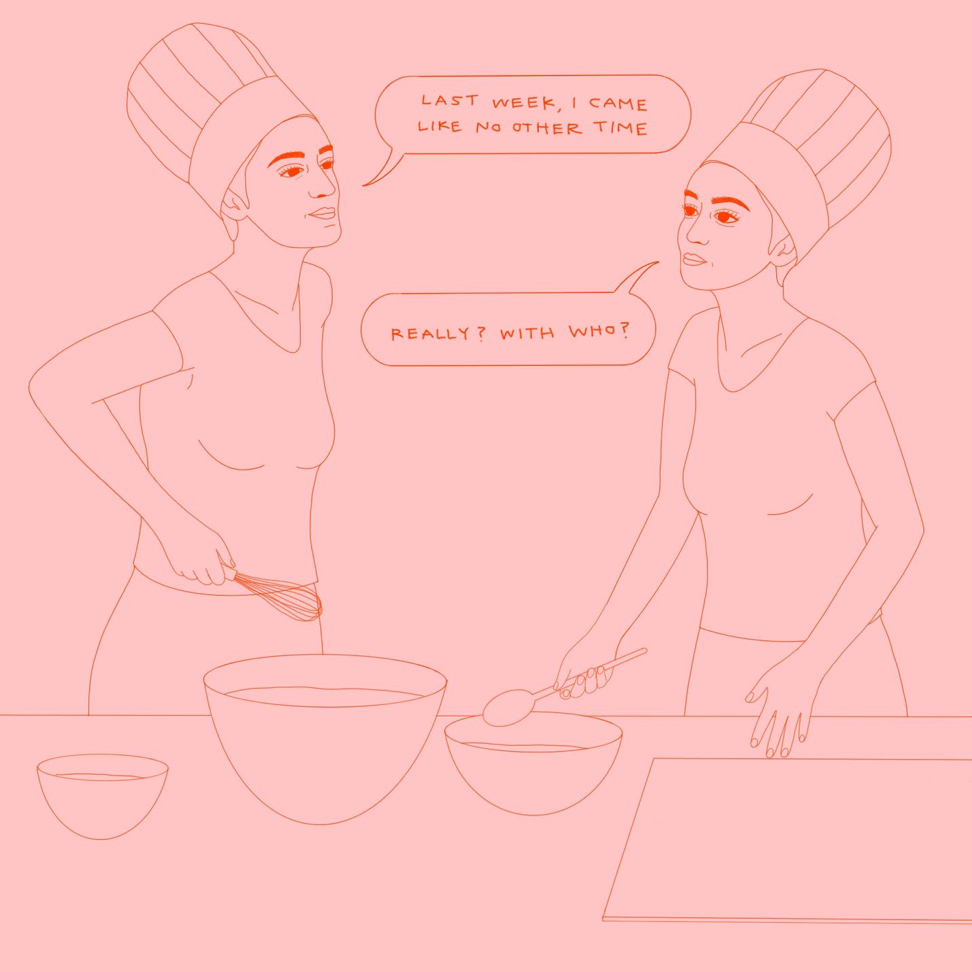 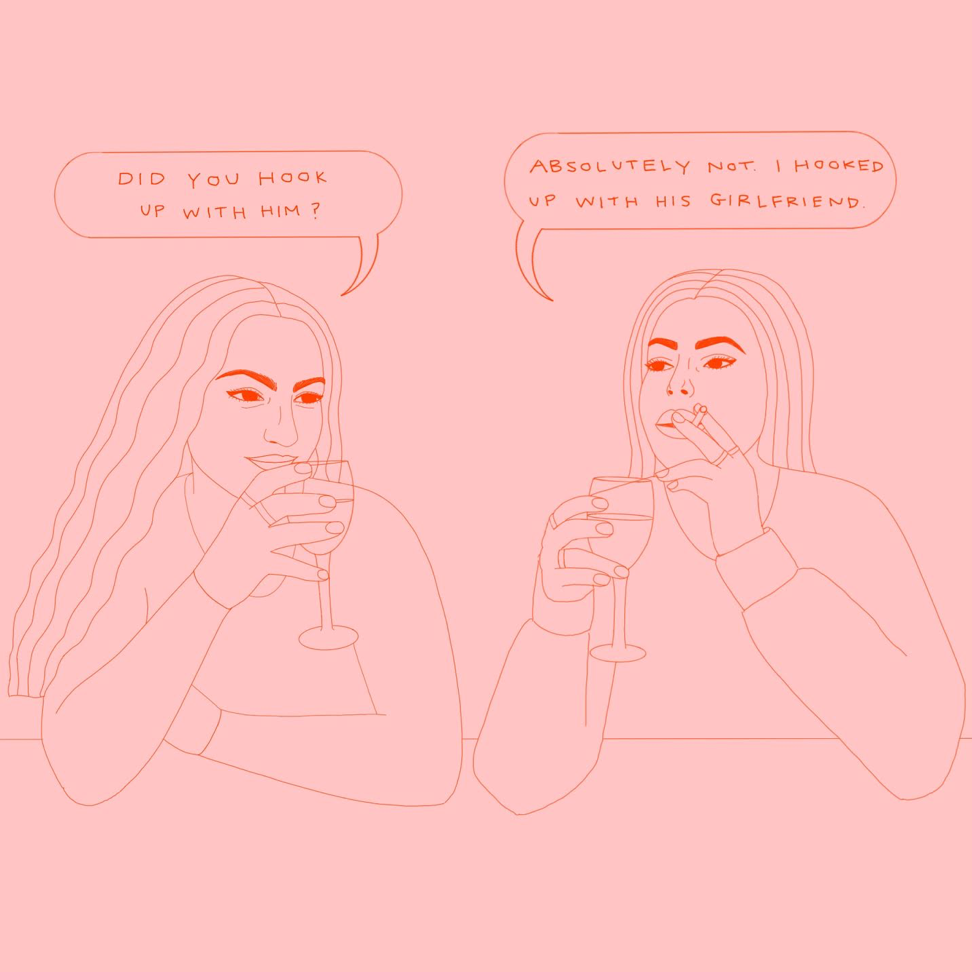 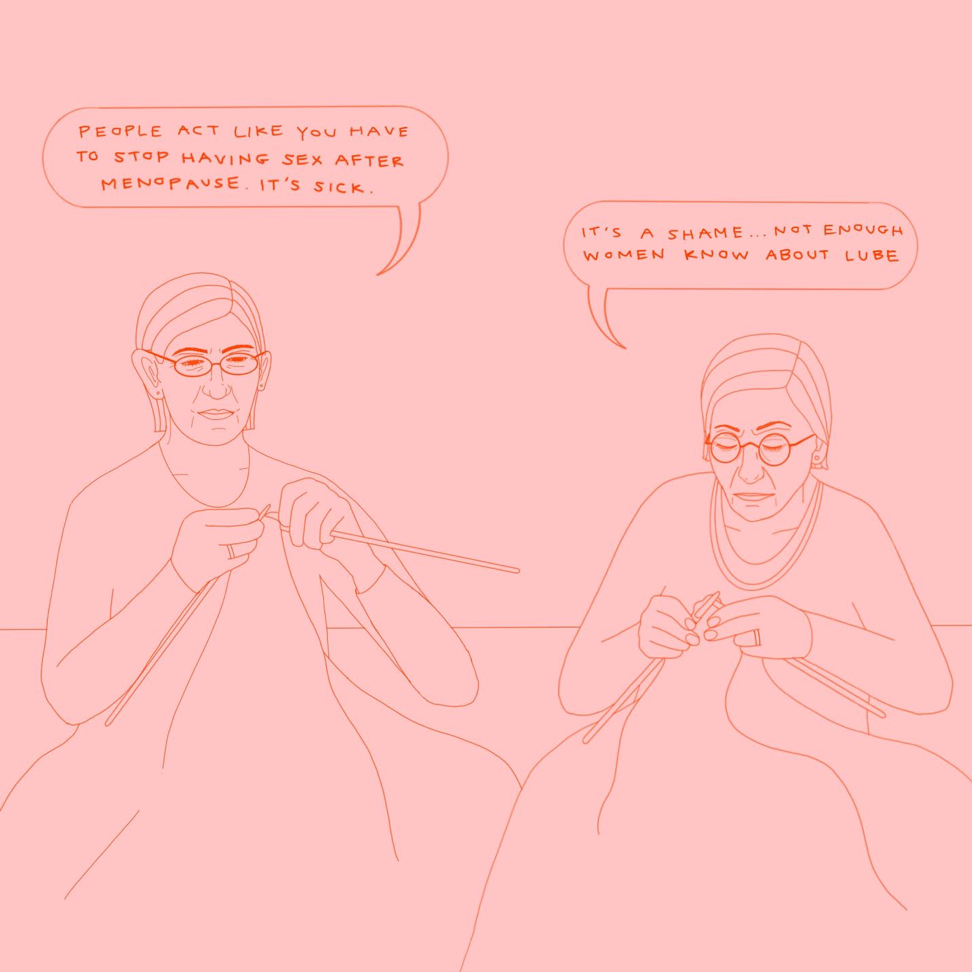 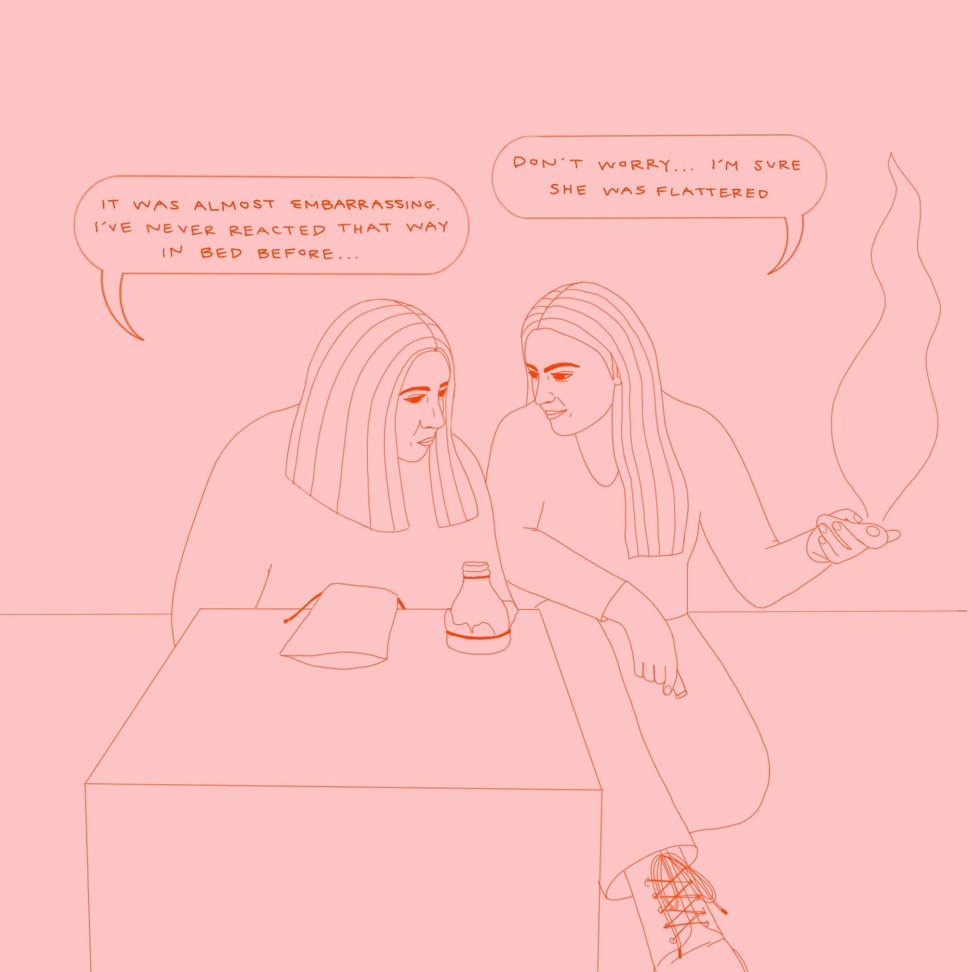 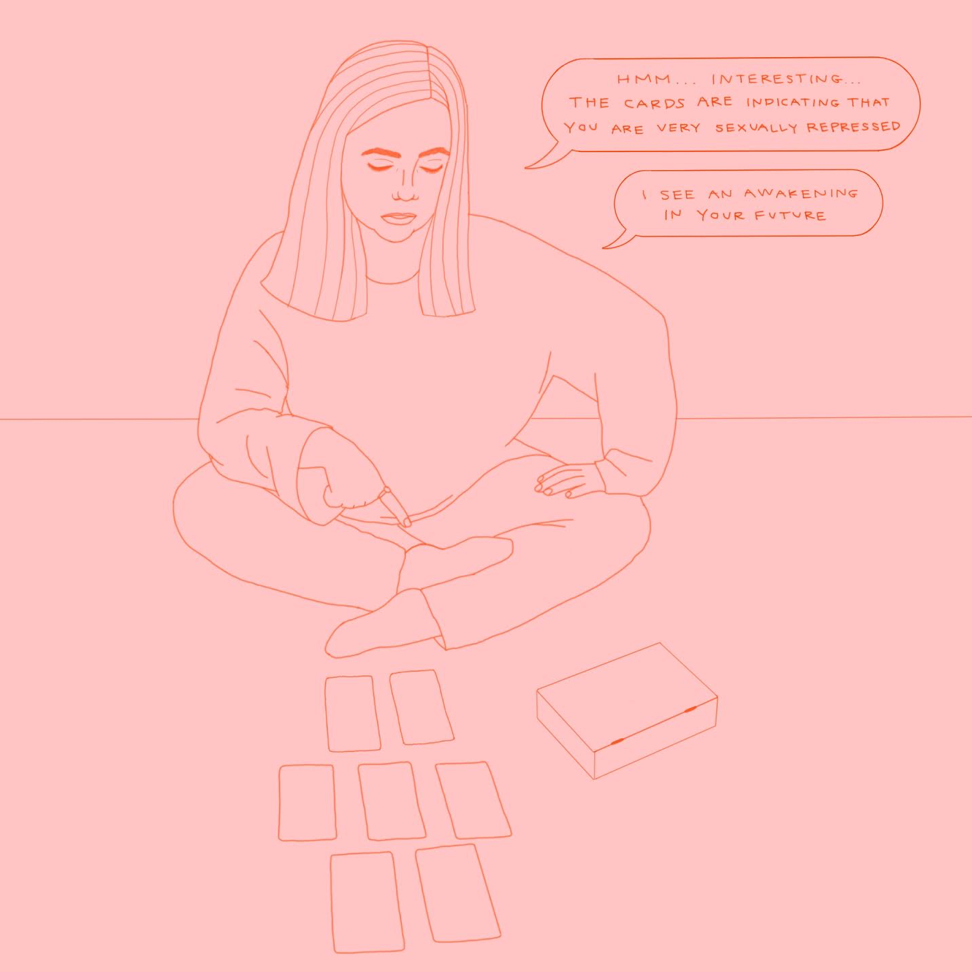 Samantha Petersen is an artist and graphic designer who graduated from New York University this spring with a BA in Global Liberal Studies and minors in Sociology and Studio Art. Samantha is passionate about a variety of artistic disciplines and incorporates sculpture, painting, illustration, and digital design into her creative practice. Samantha has worked on a number of creative projects throughout her academic career, the most recent being her senior thesis, Homebody, which is a graphic memoir set in the early months of the Covid-19 Pandemic. In addition to her professional interests, Samantha also enjoys early-2000s television, astrology, food, and people-watching at Washington Square Park. You can find more of her work at @samtheillust on Instagram.