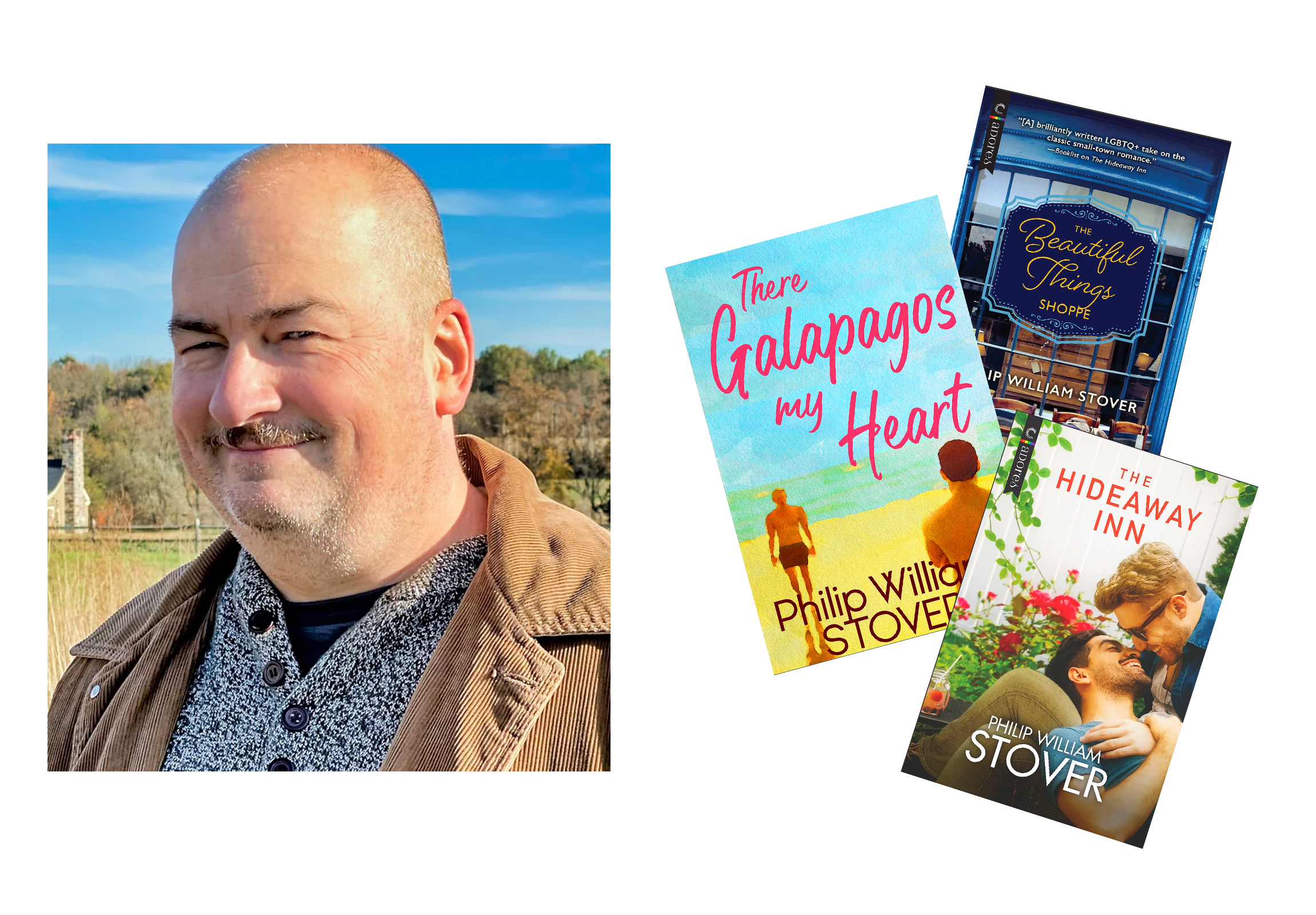 As many students are familiar, growing up can be a tumultuous journey of navigating one’s identity amidst a dynamic environment of ideas, cultures, and notions about what the world expects of us. Professor Philip Kain, Director of Academic Engagement and Experiential Learning for GLS, shares his story of growing up at a time when public perception's strong link between AIDS and the gay community led to sparse pickings in literature for queer stories with happy endings. In search of that "happily ever after," Kain mostly read romance novels centering heterosexual relationships. Now, as a writer himself, through works like The Hideaway Inn, he is able to create the positive representation he so desired as a young man.

After ghostwriting for a best-selling fiction author, Professor Kain began writing his own stories, dabbling in adult and teen fiction, and eventually landing on crafting authentic narratives in LGBTQ+ romance. In an enlightening interview, Professor Kain speaks of his inspiration, hurdles, and the journey that led him to now publish the eighth book of his career.

What made you start writing romance?
I used to ghostwrite for a best-selling women’s fiction author who passed away quite suddenly at the height of her career. After working with her I decided I didn’t want to have anything to do with adult fiction. I loved our collaborations, but I also saw the challenges from the sidelines. I changed lanes and started writing middle-grade fiction which I loved. I wrote five books for Simon & Schuster and as much as I enjoyed writing them I enjoyed interacting with readers even more. Kids are the most enthusiastic readers I’ve ever met. When they love your book, they LOVE your book. Growing up I read a lot of romance and when I heard that Harlequin was starting a new line featuring LGBTQ romances, it really captured my attention and I decided to change lanes again.

Where did the inspiration for The Hideaway Inn come from?
A few years ago my husband and I were touring Beacon Hill in Boston and I was struck by the random purple window panes on the historic brownstones. I later learned they were made to be clear but an imperfection turned some panes purple during transit in the mid 1880s. At first they were considered damaged but eventually they were considered rare and beautiful. I’ve always wanted to write a story about someone who learns that the thing they are trying to hide, that they consider to be a flaw, is actually the very thing that makes them whole and loveable. As a young adult I was always trying to present to the world what I thought it wanted to see. It took a long time to stop self-directing myself and trying to make people have the experience of me I wanted them to have. Vince is a character who struggles with this. He wants everyone to see him as this person he has constructed. Those purple panes or Lavenders, as they are called, inspired his story.

Do you have a specific approach to writing? Would you say you're more methodical or is it a free-for-all of ideas?
I am very methodical. I always write in the morning and I give myself a specific word count. Nothing else happens until I hit that goal.

How is writing a book series different from writing a one-off novel?
This is my third series and each book in a series is an opportunity to get a fresh perspective on the situations and the characters. I love hinting at future books and including details from past events. Of course keeping everything straight is hard. I constantly have to go back and remember what color a building is painting or how a character wears her hair. Little details matter to readers and it’s important to take them seriously in a series because you are building a world.

How do your experiences with writing translate into your teaching style?
For me writing a novel is about problem solving. This year I’ll publish my eighth book and each one has had a unique problem that I had to solve. As a teacher I use my experience in creative problem solving to help students develop their own skills in this area. In the end I teach how to do things much more than anything else.

What is the landscape like in terms of LGBTQ+ representation in literature?
It’s complicated. I’m trying to write stories that are romantic but also true to the experience of being a gay man. In The Hideaway Inn the experiences of bullying and trying to navigate masculinity are center stage. I always hear from gay male readers about how these themes rang true for them and that always makes me feel like I’ve achieved my goal. I write commercial fiction and it’s often a challenge to write authentic LGBTQ stories that will be successful in the market.

Do you feel a particular responsibility to create representation for the LGBTQ+ community?
I grew up during a time when AIDS was so linked to the identity of being gay that it was impossible to think of one without the other. The books that came out during this time almost always combined the two. There was no such thing as a happy ending so I often read straight romance. Gay identities have changed so much in the past two decades. The possibility of a happy ever after, or as we call it in the biz, an HEA, is much more prevalent. Many of my colleagues write literary fiction or academic non-fiction and I think those voices are important, but I also think we need a diverse representation of people and genre.

How did you come to use your pen name, Philip William Stover?
That’s easy. It is a combination of my name, my husband’s name, and our beloved dog.