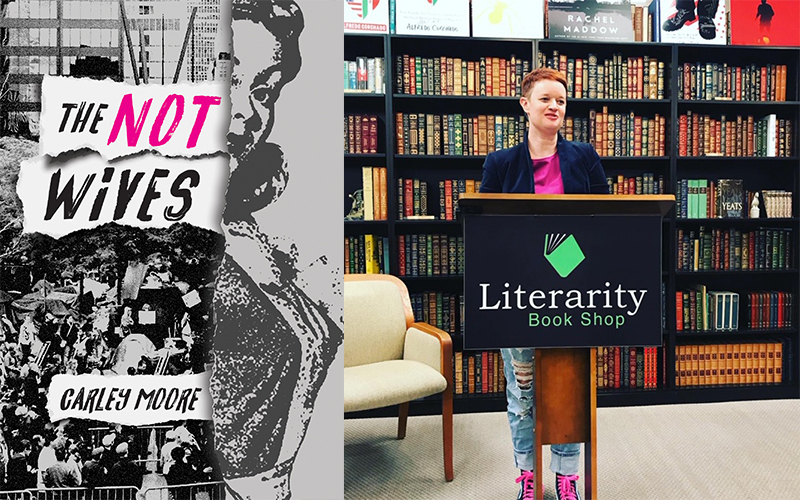 Dr. Carley Moore celebrated the launch of her debut novel, The Not Wives, to a packed house, at McNally Jackson in Soho in September.  Since then the novel has earned a starred review from Kirkus and raves from The Rumpus, The Seattle Gay News, Publishers Weekly, and The Independent Book review.  After the book’s launch, Dr. Moore went on a book tour, visiting some of her famous independent book stores across the country including Elliot Bay Books in Seattle, Literarity in El Paso, and the Minneapolis Book Fair.  She finished her book tour with a stop at the New School for the Literary Writers Conference in December.

“Written with a keen ear for dialogue and an exceptional eye for detail, the novel is a showcase for the everyday reality of working-class intellectuals living in an increasingly gentrified city. A provocative and well-told story about chosen community, friendship, and human frailty.” —Kirkus Reviews

“[...] terrific literary novel about what it means to belong to yourself while trying to be a part of something bigger.” —Independent Book Review

Read an excerpt of The Not Wives in Joyland.