The Walt Whitman Initiative, a non-profit organization headed by Liberal Studies' Karen Karbiener, along with the NYC LGBTQ Historic Sites Project and a team of historic preservationists, have formed a “Coalition to Save Walt Whitman’s House” in an effort to draw attention to Whitman’s historical home at 99 Ryerson Street, Brooklyn, and its need for protection and preservation. 99 Ryerson Street, Brooklyn was his only New York City home that is still standing, and the very place he completed the first edition of Leaves of Grass in 1855. The plain appearance of this 1850's wood frame house appearance contrasts sharply with the grand homes of Longfellow in Cambridge, MA and Emerson in Concord, MA, reminding pilgrims of the urban, working-class roots of America’s greatest poet.

Professor Karbiener was interviewed by WNYC's Jim O'Grady regarding the preservation effort.

Please visit waltwhitmaninitiative.org to learn more and get involved. 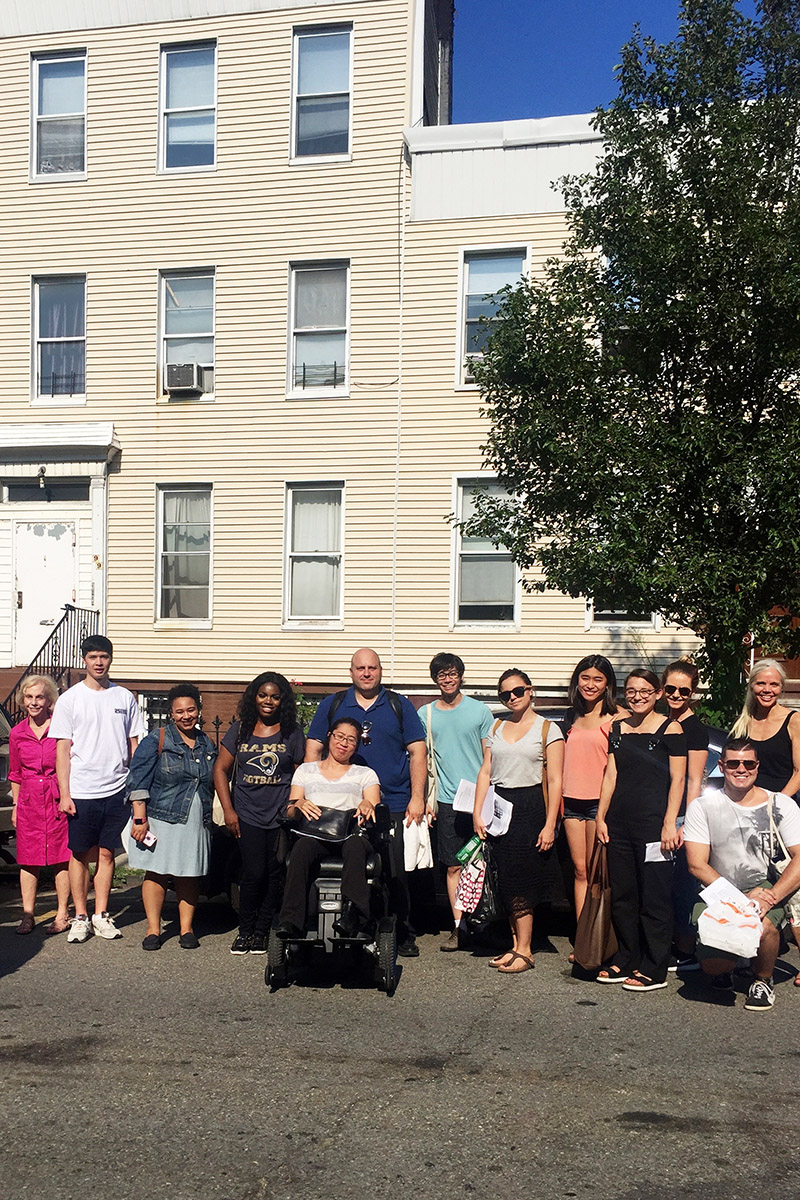 Professor Karbiener (far right) and her students in front of 99 Ryerson Street, where Walt Whitman completed the first edition of Leaves of Grass.