Liberal Studies was delighted to welcome a full house of NYU students, faculty, administrators, alumni, the public and other members of the NYU community to the latest installment of the Global Lecture Series, which each year brings an internationally renowned speaker to Washington Square Campus. British-Nigerian artist Zina Saro-Wiwa and Liberal Studies Clinical Professor Jessamyn Hatcher engaged the audience in a riveting conversation about art, environmentalism, and food, featuring Saro-Wiwa’s videos and photography. Their discussion touched on Saro-Wiwa’s pathway from journalist to artist; the strong thematic role food plays in her art; the possibilities of how art can shape environmentalism; and the art gallery Saro-Wiwa founded in the former office of her father, the writer and human rights activist, Ken Saro-Wiwa, in Port Harcourt, Nigeria.

“Food does connect to environmentalism... it’s the aspect of life in the Niger Delta that we control; we don’t control the oil that comes out of the ground but we can control the food that is grown—and so for me, telling those stories is an important part of mapping our own environmentalism.”

After the lecture, the audience worked in pairs to formulate questions about the discussion; they submitted questions on topics as varied as artistic permission, introspection, curation, religion, colonialism, activism, healing, authenticity, and the connection between self and environment. This included a question submitted by a group of grade school students who attended the event! (“What was your childhood like?”). After the Q&A session, guests continued to enjoy the African music, snacks, and relaxed mingling and conversation that also welcomed them as they entered. Saro-Wiwa spoke with the crowd and signed posters.

We are thankful to the diverse audience from across the University that joined us to listen to Zina Saro-Wiwa and experience firsthand the interdisciplinary work across borders for which Liberal Studies at NYU is recognized. Special thanks to our co-sponsors: Office of Global Inclusion, Diversity and Strategic Innovation; Institute of African American Affairs & Center for Black Visual Culture NYU; and Tisch School of the Arts.

Zina Saro-Wiwa is a British-Nigerian artist working in video, photography, food and installation. She is based in Brooklyn but also works in the oil-producing Niger Delta region of Nigeria. Saro-Wiwa’s interest lies in mapping emotional landscapes. She often explores highly personal experiences, carefully recording their choreography, making tangible the space between internal experience and outward performance as well as bringing cross-cultural, environmental, and geographic considerations to bear on these articulations. Her work explores and challenges conceptions of environmentalism, particularly her work based in the environmentally-challenged Niger Delta. 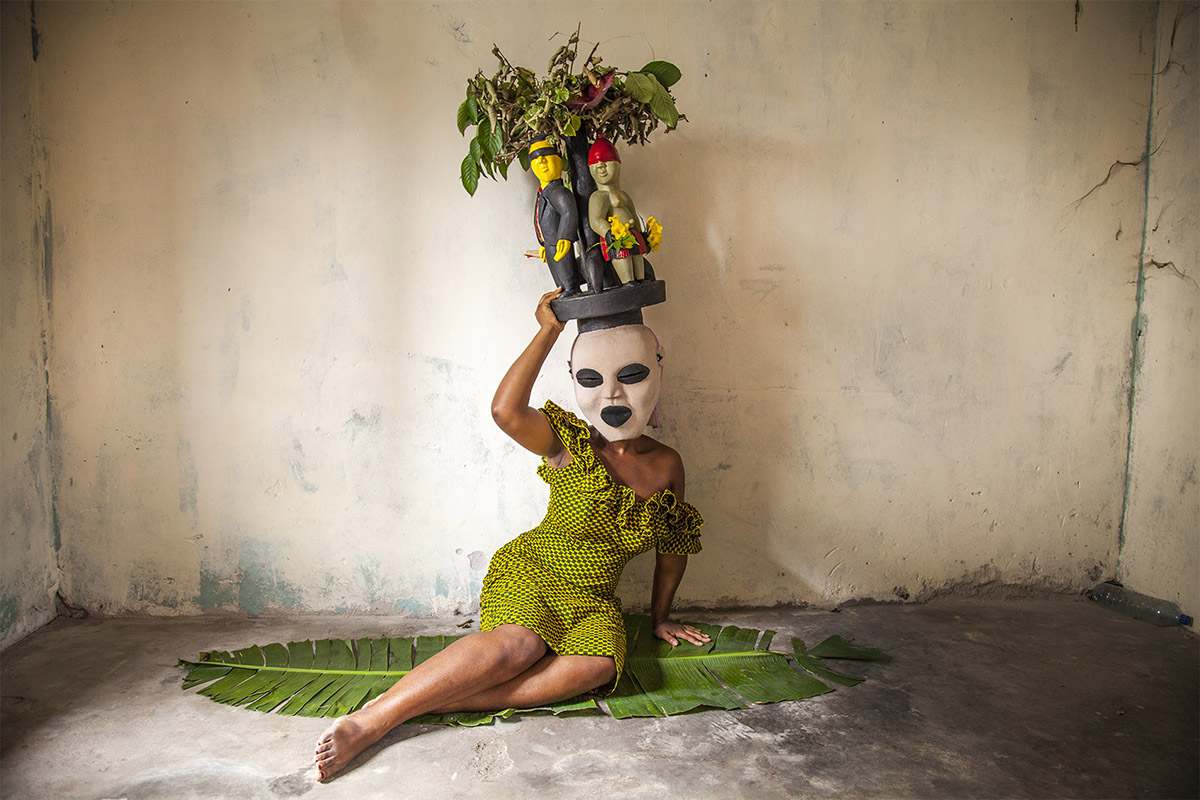 Formerly a BBC journalist and TV presenter, Saro-Wiwa has in the last 8 years had numerous exhibitions and screenings at venues such as Montreal Museum, Prospect New Orleans Triennale, Bamako Biennale, Tate Britain, The Walther Collection, Krannert Museum, Blaffer Museum, Arles Photo-Festival, Brooklyn Museum, The Menil Collection, and the Pulitzer Foundation amongst many others. She has had documentary work at numerous film festivals around the world as well as contributed to the New York Times Op-docs series. Her best known documentary This Is My Africa was shown on HBO.

Zina Saro-Wiwa is the founder of Boys’ Quarters Project Space, a contemporary art gallery that opened in 2014 in Port Harcourt, Nigeria where she regularly curates and programs exhibitions that explore the relationship between self and environment. In 2017 she started Mangrove Arts, a new foundation which uses contemporary art and indigenous crafts to foster creative engagement with environmentalism in the Niger Delta. Saro-Wiwa is one of Foreign Policy Magazine’s Global Thinkers of 2016 recognized for her work in the Niger Delta. She was Artist-in-Residence at Pratt Institute, Brooklyn 2016–2017 and in April 2017 was awarded a Guggenheim Fellowship for Fine Arts.

Jessamyn Hatcher has taught at New York University since 2002 and is a contributing writer to The New Yorker and newyorker.com. Her academic work focuses on fashion labor and fashion use. She has written about the Triangle Shirtwaist Fire; the current revival of the cottage industry in the United States; and the diverse meanings and uses of fast fashion as practiced by consumers. For The New Yorker, she has reported on stories including the accidental discovery in a Florentine villa of a dozen Louis Vuitton trunks that contained a lost chapter of fashion history; a treasure trove of rare 17th century textiles unearthed from the seabed by a Dutch amateur scuba diving club; and the family that has served as the tailors to the Pope for the last 220 years. Jessamyn runs the Textile Revival Workshop, a mobile lab in which she enlists individuals, communities, and organizations as co-researchers, and where together they design and experiment with creative methods to extend, support, and imagine strategies to positively impact the social and environmental costs of fashion production, distribution, consumption, use, and disposal. She holds a Ph.D. from Duke University. 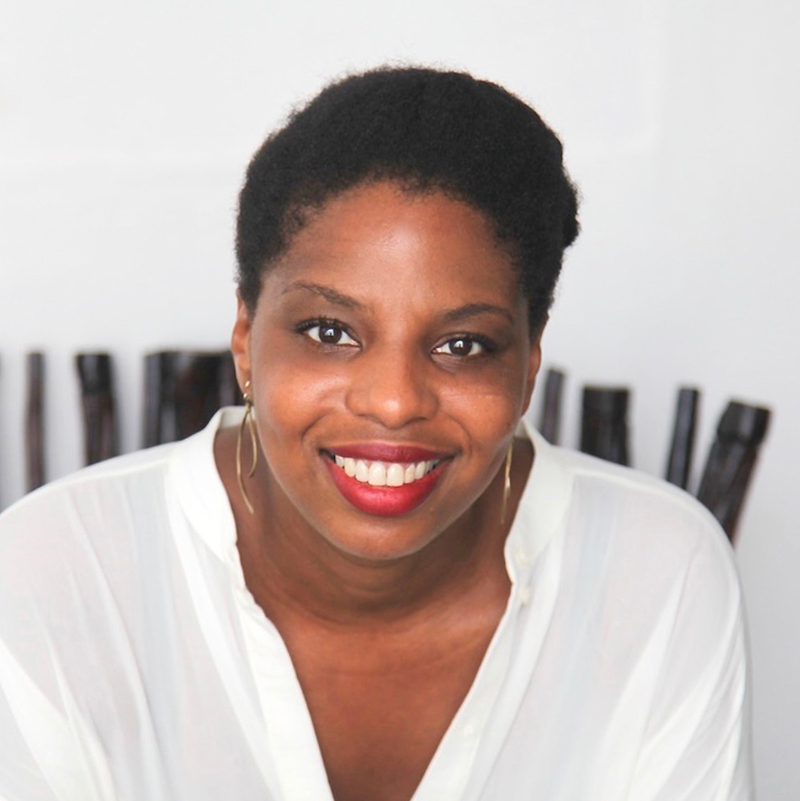 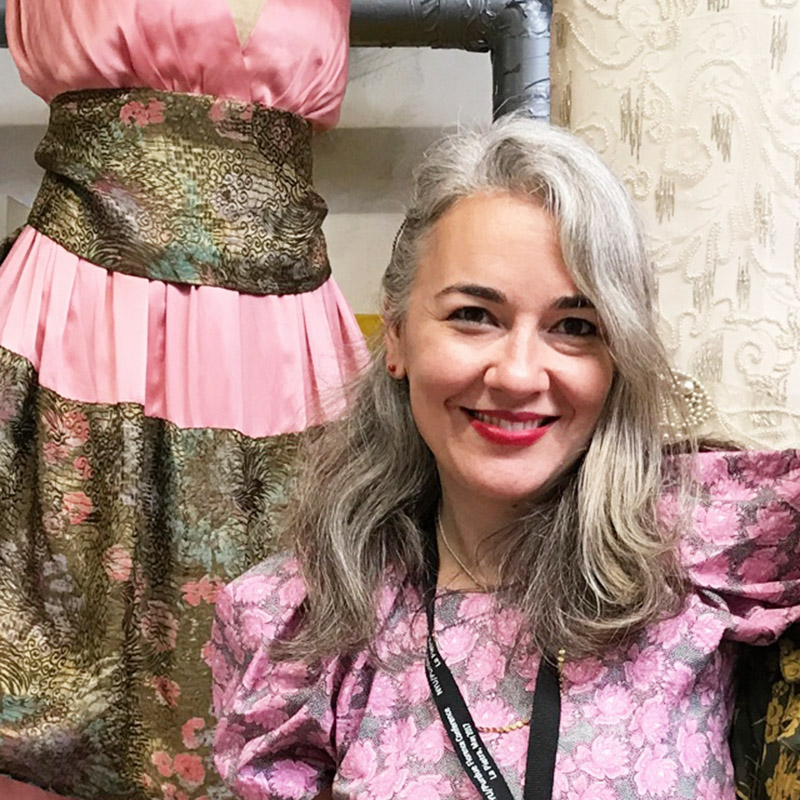