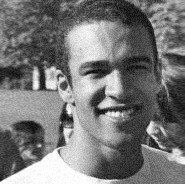 I began my undergraduate career with Liberal Studies at NYU Paris, where I quickly fell in love with the city, its culture, and its language. During my first year, I was exposed not only to the great francophone works, but to speakers, scholars, and peers I still consider great friends. This experience inspired me to continue as a French major in NYU’s College of Arts and Science, where I completed my undergraduate thesis on the work of Albert Camus and double majored in economics.

As a current student at Yale Law School, the ideas I’ve encountered consistently refer back to those taught in Liberal Studies. It’s hard to imagine a conversation on Critical Race Theory without the indictments of Frantz Fanon, to understand the shortcomings of law and economics without the ideas of Max Weber, or to discuss the Women’s Rights Movement of the 1960’s without the critiques launched by Simone de Beauvoir. My exposure to these ideas and the opportunities I had to write and make them my own were a particularly excellent introduction to life in the law. What may appear as a lifeless code to some came alive as a system of social arrangements and power, inextricable from history and current issues.

After graduation from Yale Law School, I hope to combine my passions in French and social sciences to work toward a career in the U.S. Foreign Service and legal academia.